Strobe tuners usually have a control to adjust pitch by cents, and that feature is needed for the most accurate intonation work.

Although the internal accuracy of strobe and virtual strobe tuners is 1/10 cent, it is difficult to actually see the difference of a few cents by the minimal rotation on the strobe screen.  Worse than that, it is difficult to tune a guitar string even to within 1 or 2 cents.  Besides that, there may be a variation of up to a few cents from attack and decay of a plucked note.

Intonation work should be done much more accurately than daily tuning.  When the guitar is more perfectly intonated, it allows slight pitch changes while playing for a reasonable length of time, to still be within pleasant limits.  Nut slots should be smooth and wide enough so that the strings don't bind. Lubricate the slots with a drop of fretboard oil (olive oil is fine - I use mineral oil) right over the string and slot.

Central to nut intonation, is the ability to accurately measure the pitch error differences between two notes. In the various instructional areas of this website I simply say to measure the cents-off of two specific notes.  That tells you what must be done, but the detail of how to do it is follows here.

Be aware that, when plucked, the pitch will momentarily go high (attack) and then die down lower (decay).  Normally, it's best to read the tuner after the attack has died down, but not too long into decay.  Someone who normally plays very fast may want to tune to the attack.  I find it best to pick the string near the 12th fret.  Depending on the tuner, you can often get faster, clearer readings by changing from chromatic mode to an instrument mode or to a particular note.

It's best to assume a natural playing position when testing pitch, and to try to use the same finger pressure as you (or your customer) would normally use.  To minimize the attack/decay disturbance, don’t pick too hard, and pick with a regular cadence, a little faster than 1 pluck per second. (A reader suggested using an e-bow instead of a pick. Anyone done that?)

Therefore I recommend measuring the cents-off of both notes, by adjusting the tuner cents control, and then calculating the difference, which is equal to the intonation error.  In other words, do the final precision pitch adjustments on the tuner, not the guitar.   Keep in mind that, for intonation work, it is pitch differences that matter, not absolute pitch.

Tune the first note on the guitar as well as is practical (within 6 - 8 cents). Always end tuning by turning upwardly. Lastly, press the string firmly, close to the nut (to insure that the tuning will not slip during the measurements.) Then advance the cents control of the tuner, up or down, until you see the very least rotation of the strobe.

When you are satisfied with the reading, record the cents off, set the tuner cents back to zero, and then perform the same cents control process on the other test fret pitch, recording the second pitch cents off.

Optionally, you can go back and confirm the first measurement.

The cents-off error between the two notes is simple to calculate - subtract the first cents off reading from the second. But remember – either of the readings may be positive (sharp) or negative (flat) – no problem for some, but an arithmetic problem for others. These examples will help: 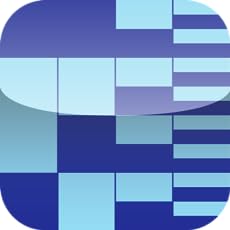 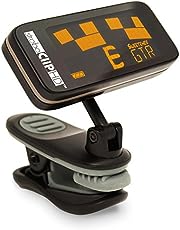 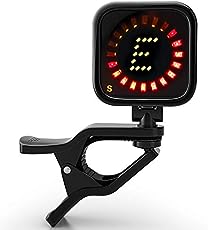 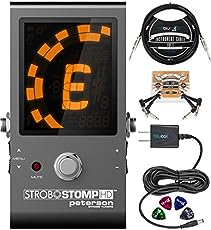 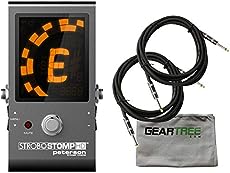 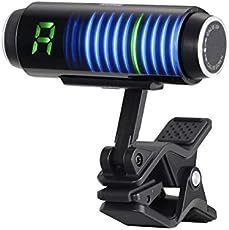 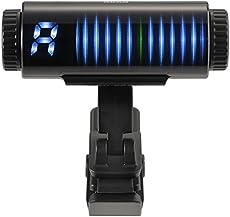 Crescendo ZenStrobe TRUE STROBE Clip On Tuner, for All In…
$24.97
Bestseller
(65)
DEAL OF THE DAY
ENDS IN

There are some new options for strobe tuning that are less expensive than were previously available, yet they pack a big array of features.  Players and hobbyists should also take a look!   They are inexpensive compared to what you may have paid for your guitar.  If you are thinking of doing some serious intonation work, you will also want to make the most of that by being able to tune quickly and accurately on an ongoing basis.

There are many tuners available on cell phones and tablets, including some virtual strobe tuners that are good for intonation work.  I have tried a few, but not yet reviewed.

There are a few electronic tuners that have a strobe type of display capability, but are not strobe tuners - so don't be fooled.

Beware: Tuner manufacturers claim very good "internal" or "detection" accuracy, but that means very little.  The important feature would be "display" accuracy, but nobody ever specifies that!  For older popular types, If you turn on the tuner and carefully hold it sideways to the light, you can see that the LCD tracks for displaying the readings are only at every 2 or 2 1/ 2 cents apart.  This can still work well, though, because the reading actually wavers over a range of about 2 cents.  If you can keep it on the mark for a few seconds, the reading will be pretty accurate for tuning. 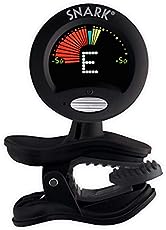 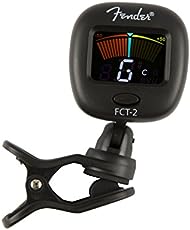 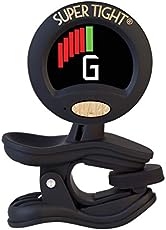 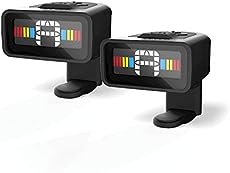 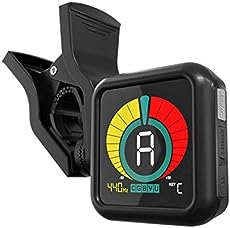 KLIQ UberTuner - Professional Clip-On Tuner for All Instrument…
$23.97
Bestseller
(9110)
DEAL OF THE DAY
ENDS IN 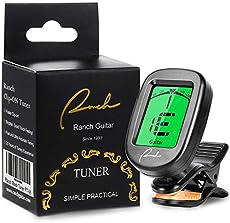 Ranch Tuner Professional Clip On for Acoustic/Electric Guitar, …
$6.99
Bestseller
(595)
DEAL OF THE DAY
ENDS IN 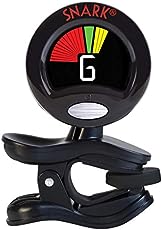 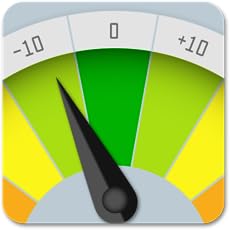 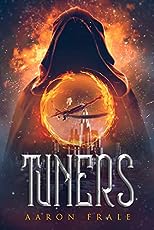 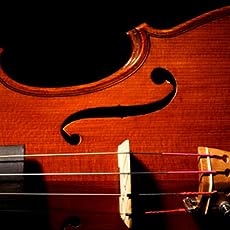 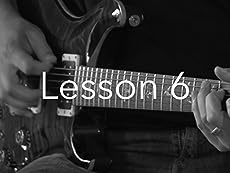 Tuning Your Guitar
Bestseller
(7)
DEAL OF THE DAY
ENDS IN 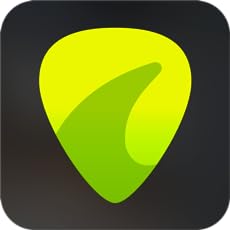 Beware the accuracy of clip-on tuners, especially. Online reviews are mostly based on ease and speed of use, rather than actual accuracy.  Ironically, the least accurate, being more forgiving, are sometimes the easiest to use!  Check to make sure that the LCD display tracks is not more than 2 1/2 cents apart.

Though I could tune pretty accurately to a note, I found the electronic tuners to be quite inconsistent with each other on cents-off readings.  So, you can only get a rough idea of how far off your intonation is from one note to another.

For inexpensive bench tuning, find a larger one with 2 cents between the display marks, such as the Boss TU-80

or another in the Boss TU Series

.  There should also be several similar in the Korg lineup.

Another type of electronic tuners has LCD indicators typically 10 cents apart.  They are able to give more precise readings, by simultaneously illuminating adjacent LCD's when the pitch is off.  The pitch is correct only when the green LED is the only one on.

I found the Snark Super Tight Tuner to be the best clip-on that I had ever owned!  It uses LED's that are 10 cents apart, but along with the steady green lite, the adjacent LED's don't go out until you're dead on.  And, it costs so little!   The Snark is the only one of this type that I have tried, but, judging from illustrations, there are various others tuners that use this type of principle, including stomp tuners.

I just recently got a Korg SHPRO

Chromatic, and I couldn't be more pleased! Though it is technically not a strobe tuner, it has a strobe display option which I always use.  It really helps to see the lines moving to the right or left until you're smack in tune - and it's very tight! Using this gives me a real good appreciation of the value of the strobe display option available for a long time on the Korg Pitchblack tuners

(which I have never used).

This is an example of a very poor tuner: I bought a Gogo clip-on tuner online, and found that the LED tracks were 5 cents apart, rather than 2 1/2!  Not only that, I checked it with a software strobe, and found that the mid-point of "in-tune&quo readings varied by more than 2 cents from string to string. That allowed tuning errors of more than 5 cents! In my opinion this tuner is worthless, even though it is a pretty orange color, and it has some nice functional features!  (Please let me know if you find any others like this.)

It is important to note that the accuracy of any software tuner pitch is dependent upon the reference frequency of your sound card.  Notebook sound cards are especially prone to be a bit off pitch, so check the pitch of the tuner with a tuning fork or your best tuner, and adjust accordingly.   My desktop computer is just .02 cents off, but my notebook is 11 cents sharp.   Adjust the cents as needed.

There are many tuners available on cell phones and tablets, including some virtual strobe tuners that are good for intonation work.  I have tried a few, but not yet reviewed.

, a software tuner in standard and deluxe versions.  Lots of features for sweetened tunings, temperaments, intonation mode, spectrum analysis, etc.  Also, there is a mobile Ap from Peterson priced at under $10.  (I haven't tried it yet.)

The TB Strobe Tuner software features a circular strobe display, and is very accurate.  It enables tuning calibration adjustments in cents, so you can accurately measure the difference between two notes (see below).  In addition to equal temperament, it  provides a list of scale selections for a variety of instruments, DADGAD, Drop D, etc (but does not provide for temperaments nor tuning offsets).  You can set a specific note to test, or use the automatic chromatic mode, or others.  It works best in an instrument mode, or by selecting each particular notes (with a little practice, this goes quickly). This program is great, very accurate and very inexpensive at $4.90!  This was, for a time, my choice for both convenience and accuracy!

The AP Tuner, by Joseph Broms, provides a high degree of accuracy.  It displays the note and cents-off, making it really easy to determine the intonation difference of two notes.  It also has nice extra features, including tuning offsets and tone graphing.  AP Tuner is shareware, $35, but you can evaluate it as long as you want.

The tuner registers cents-off in real time, but freezes when the note amplitude drops below the sensing threshold, so adjust the slider at the left at a little below your normal note volume, so it stops recording before too much decay.  This results in a fairly consistent measurement.

Hey! New here? Check out  how this site is different!